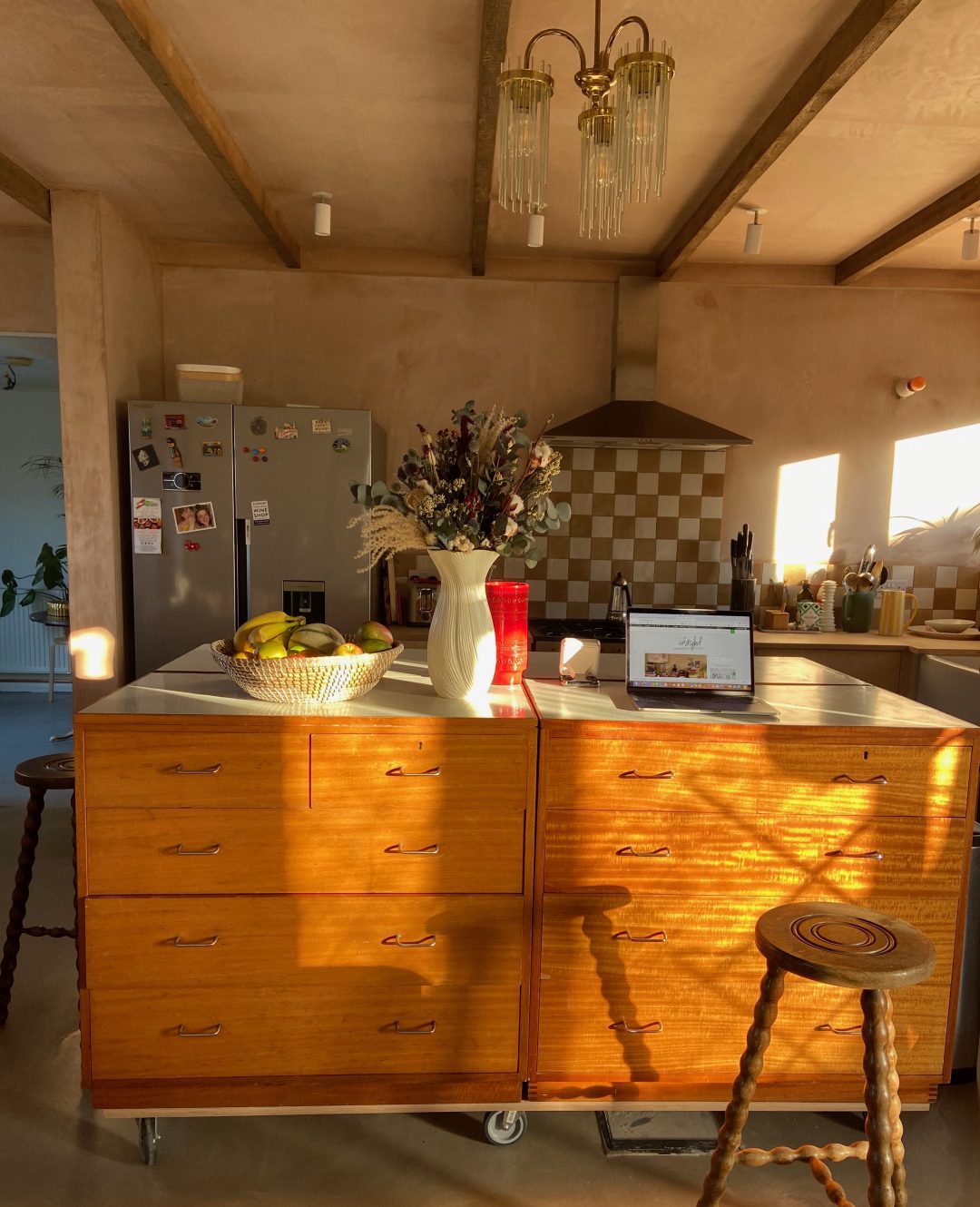 THE EVOLUTION OF OUR KITCHEN ISLAND

A year ago today we got the keys to this house and although some days it feels like we haven’t made much progress, looking back at photos and old posts is a great way to be reminded that we actually have. It’s been a chaotic year and it will continue to be in some ways as we work through the next parts of the renovation, but at least we have a kitchen and drum roll please…a kitchen island! Our bathroom may be a 1950s disaster with crumbling tile and an ancient loo, our windows may all be rotting and need replacing, we may not have a single wardrobe for clothes in the whole house, but we have a kitchen island with individual drawers for tea and cat food and pot lids and spices. It feels luxurious.

Our new builder worked tirelessly to finish the vaulted ceiling in the living room/kitchen and the mezzanine reading nook in time for Christmas, but sadly it didn’t happen. The mezzanine still needs a skylight and to have the ceiling finished so for now it is filled with junk as you can see below and the vaulted ceiling needs plastering as well as a few loose ends in terms of lighting and electrics. But he did manage to re-build the kitchen after we had to rip out the botch job left by the last team (who had ripped out the original, very old and not useable kitchen that came with the house). He also helped us realise the idea we’d had to turn some vintage chests of drawers into a mobile kitchen island.

We like to entertain and my partner is an excellent cook (I’m also pretty good but after 20+ years of cooking for a family I’ve happily handed the apron to him) so with Christmas looming it was important that we have a functioning kitchen to host family and a few friends over the holidays, after half a year of cooking on a 2 hob camping stove. We got there by the skin of our teeth. I draped some fairy lights up and decorated a little tree a few days before Christmas and we managed to host a number of dinners, albeit in a space that was half finished. The kitchen island became the space where we gathered and nibbled snacks, played card games and drank and laughed, just as I had hoped.

I knew I didn’t want a traditional island and had been looking for a vintage piece to repurpose, inspired in part by a couple of homes featured in my latest book Create (scroll to the end for the two images that stayed with me). I searched for a while for something similar but couldn’t find anything within the budget – which was admittedly a vague figure, but most of what I found would’ve cost the entire kitchen budget – but then we found 4 identical sets of drawers at Brocante, a local antiques shop. They weren’t the style I’d imagined or really wanted – 1960s formica topped drawers with aluminium handles sourced from a local military base – but I decided to be flexible in the name of getting the job done for a good price. It was my boyfriend’s suggestion and he’ll probably commemorate the day with a new tattoo, so unusual is it for me to listen to his ideas. On reflection they probably go better with the style of house we actually have – a 1950s bungalow – rather than the Georgian townhouse that I sometimes shop for in my mind! (Maybe that’ll be my next house…)

Our builder cut a solid, thick and very straight piece of birch ply the size of the footprint of all four drawers put together and added 6 heavy duty casters to this base since we always knew we wanted the island to be moveable. Screws were used to fix each drawer to the other internally, with minimal damage done to the units and that is it! (Look closely and you can see we need to add one or two screws where two of the drawers are not tight, but as with everything it’s a work in progress). Like a number of jobs our old builder did poorly, we had to do this one twice so I spent a few weeks with the dismantled drawers piled in what is currently my office until it could be re-built and also while we poured the concrete floors. Eventually we may cover the formica worktops with something else, perhaps butcher block or an off-cut of marble so we can do food prep directly on its surface, but for now it is fantastic!

We can fit absolutely loads in all the drawers, with only the heavier and larger cooking pots, crockery and glassware being stored elsewhere in the built in kitchen cupboards. And we have a tea drawer! I’ve always wanted a tea drawer, don’t ask me why. No there aren’t snazzy sliding shelves or special compartments for specific things in the way that there are in a purpose built island, but it works really well for us and it has soul and character as well as being practical.

Have a scroll through below and let me know what you think. The island sits roughly where the wall with the hatch and fireplace/fridge were in the first and second images. 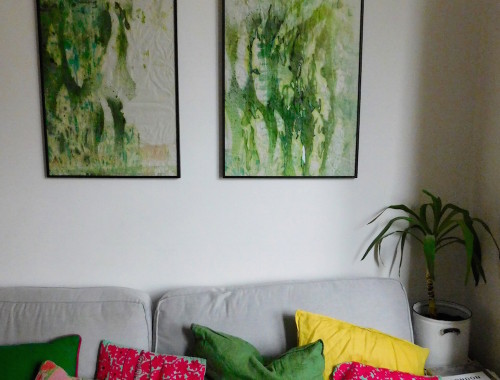 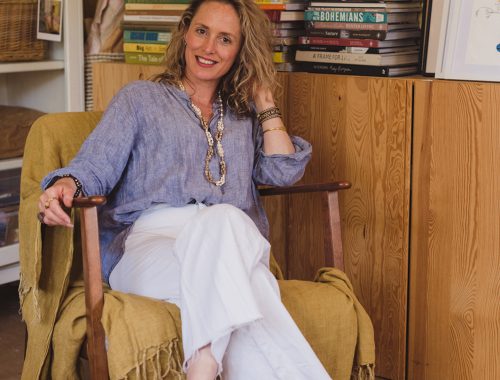 THE AMBITIOUS WOMAN AND WHY WE LOVE TO HATE HER 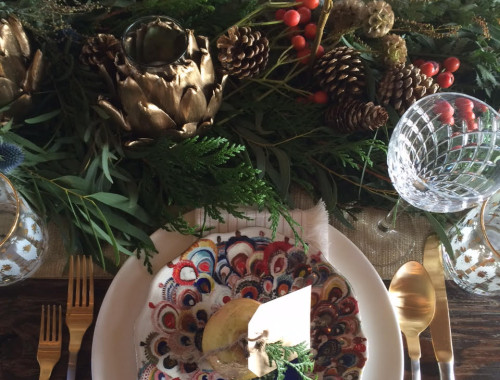