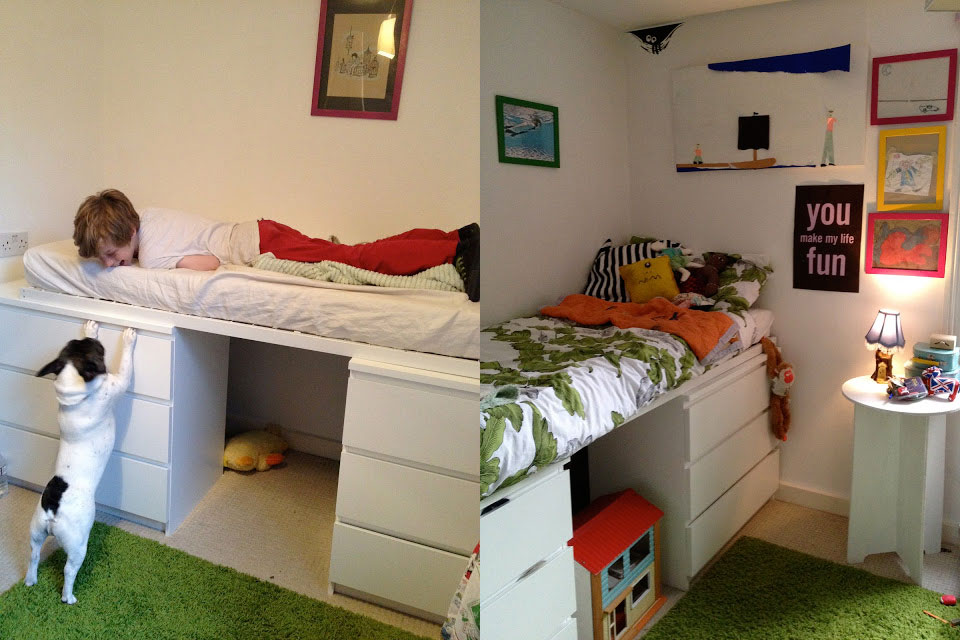 I recently had an idea about how to make a new bed for my son’s room. I enlisted my husband to help with the technical stuff. I’d had an idea but I needed his engineering brain to make it work. (I’m more than capable with tools, but he’s much more meticulous than I am. I’ve been known to use hot glue and a staple gun when perhaps screws would’ve been a more sensible option). Somewhere on the 2 mile journey between moving from our old flat to our new house, we managed to lose the plastic bag filled with the screws needed to put the kids’ bunk-bed back together. Now that they would have their own rooms, we thought our son could have the bunk bed to himself.

With no screws, we were, well…screwed. Very irritating since we’d only had the bunks for a year.

Since he needed storage anyway I had the idea to put one of the bunk-bed metal bases on top of a pair of IKEA drawers to make a raised bed/storage combo. The bed base was deeper than the drawers so we had to build something to support it, otherwise child number 2 would do a disappearing act down the back.

Erick came up with some wooden thingamyjigs to do the job. (If I were on my own, this bed would have been attached to the drawers with some combo of string and glue, for a very quick, easy, and totally WRONG solution).

He’s very clever. He made this bed (image number 4) for the kids at our old house in LA, under the birdhouses. An added bonus is a secret hideout behind the drawers, in this case accessed via the doll’s house after you drink the shrinking potion. (Or something like that). We love it. Drawers, bed, hideout. Perfect for a small boy with an even smaller room.

I Saw A Saw Horse 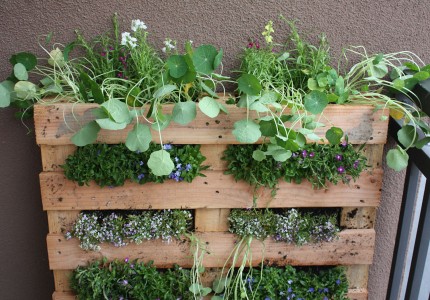