My daughter used to model for me when I had Spike & Ella, my kids’ clothing line years ago. My son acted in my brother-in-law’s short film recently. Remember that? And most recently I had both of them helping with some crafty shoot preparation. I was styling some amazing baby furniture in a gorgeous mansion in Pasadena. One of the sets involved origami – oversize and small – so I got the pro himself, my eight year old, to help out. Here is working on an enormous crane. 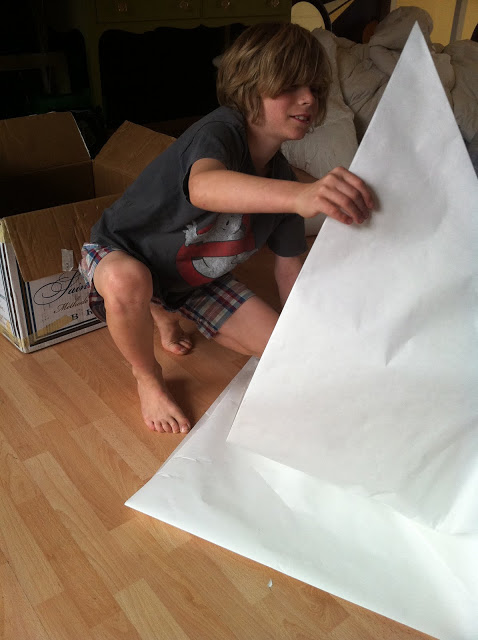 And later, a whole family of little swans. 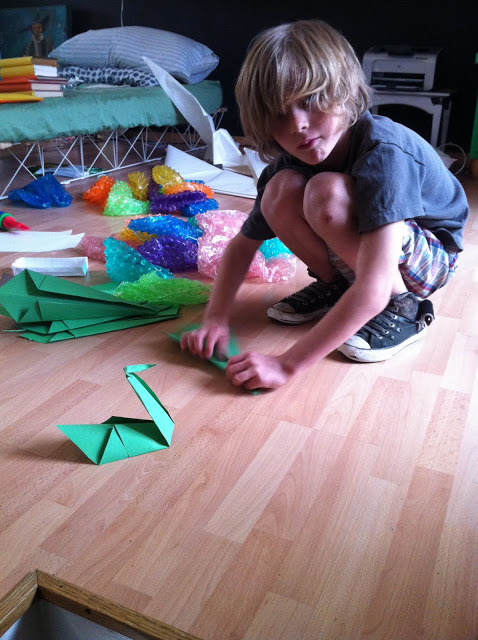 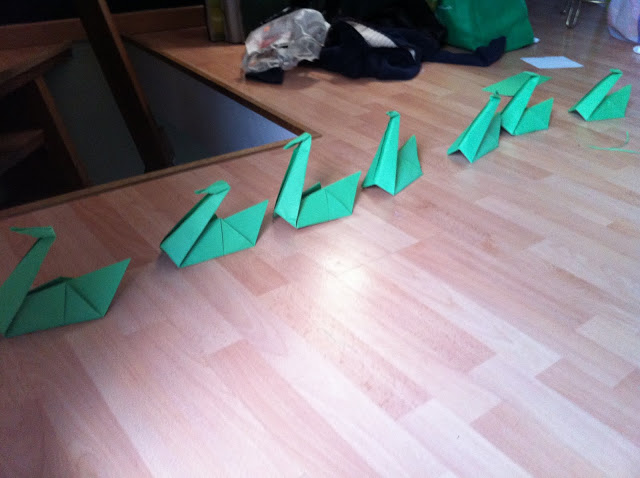 All those deflated balls in the background had to be pumped up too. For that I thank my eleven year old. She wasn’t thrilled, let me tell you. She thought she’d be spending her spring break eating ice-cream and going to theme parks.

Until the final images are published by the client I can’t show them here, not even a sneak peek. Boo hoo. They came out really beautifully, thanks to the very talented Teri Lyn Fisher. Here she is looking cool as usual. 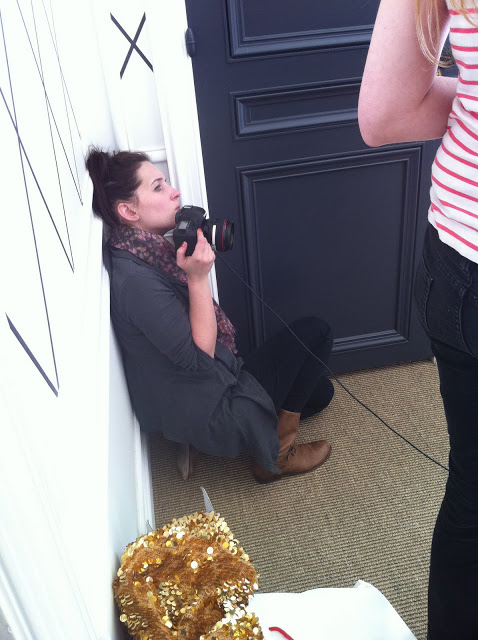 Unfortunately, the origami idea was axed for the final shot. It’s a shame because they looked really good, but that’s how it goes. Sshhh, don’t tell my son.

In case you think I’m an awful child labor enforcer, we did take our kids to Six Flags as a reward. But clearly we have a mean streak because we couldn’t just tell them that. Instead we told a little fib and said we had to drive really far to the desert to scout a location for one of my husband’s commercials. They were very annoyed until we showed up in Valencia and they saw the roller-coasters. 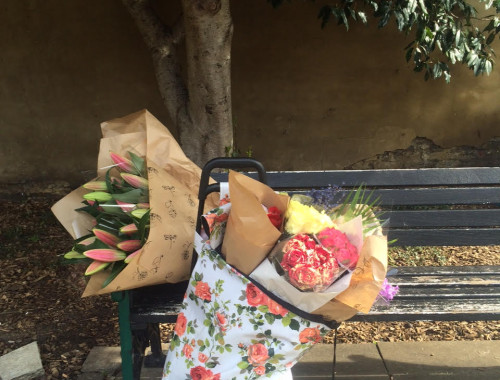 Confessions Of A Workaholic Stylist 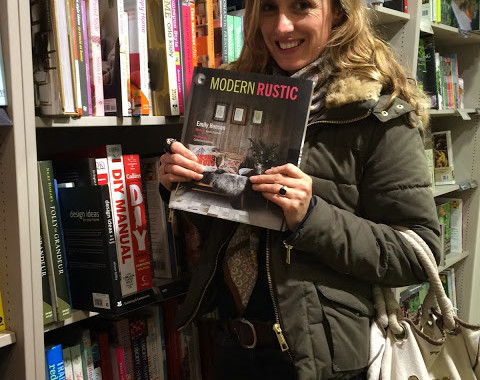 I’m Emily Henson and I’m a London-based interiors/prop stylist and art director working in photography and film. I’m also an interiors author and have written four interiors books: Modern Rustic, Bohemian Modern, Life Unstyled and Be Bold, all available internationally. Here at Life Unstyled I write about interiors, I offer styling tricks learned on set, and the occasional creative DIY project. Life Unstyled means embracing the beauty in life’s imperfections and creating a home you love that is always evolving. My words to live by are creativity before consumption. x